An AI-powered platform to match candidates with employers

The driving force behind building Searchie was to fix the traditional recruitment process in the Middle East and North Africa region that matched candidates according to skills, as opposed to cultural fit in an organisation, early in the recruitment process.

Searchie had already created an AI video-based chatbot that could conduct a psychometric analysis on the candidate and determine cultural fit. My task at this point was to brainstorm how a platform that used this AI could be designed to assist recruiters and not disrupt their workflow.

How might we help recruiters find candidates with potential cultural fit in the least amount of steps?

At first, I conducted a stakeholder analysis that revealed that there were 2 primary stakeholders in the recruitment process, from the hiring side:

Both of these stakeholders had a role in the process with different requirements. I then created personas for each of them.

Results from surveys with recruiters showed us that 90%+ of their work is done via desktop, thus it was decided to build the intervention as a web-based platform.

We brainstormed the information architecture for the platform by conducting user interviews via think-aloud whiteboard sessions and card sorting.

Next, I sketched ideas for the visual design of the platform using the Crazy 8’s method.

After sketching and doing low-fidelity wireframing, I created high-fidelity mockups of the platform using the brand’s design language. I was able to create a micro-design system for future designers as well.

After building out an MVP using the hi-fidelity mockups, we conducted a series of usability tests which helped us iterate on the design. One of the most common pieces of feedback we received was that the number of input fields asking employers about the role was overwhelming and caused users to abandon the process.

We addressed this by breaking down the question about the role into separate categories with a linear process to fill out all the required information.

Another area we iterated upon was the form that listed personality traits required by the job. User tests indicated that employers were unsure about how some adjectives translated to workplace behaviour and they ended up picking loosely related requirements for the job.

We worked with content writers to design an integrated paragraph-style selection experience that helped employers understand where certain personality traits could be applied. We also ensured that this text did not overwhelm the user by only highlighting the current active sentence.

Our next UX challenge was helping our users understand data points collected by the candidate screening interview. Initially, we visualized data on personality traits using bar graphs to show employers where the candidate was on a scale of 1 to 100. Our users told us that this felt vague to them and seeing a bar graph that was half full in ‘agreeableness’ made them feel confused.

Our team decided to address this by creating a short paragraph that translated these values into coherent sentences that would help employers understand how these values impact everyday work. I worked closely with developers to create an NLP model that accurately represented this data.

This was one of the most rewarding projects I have worked on to date in terms of learning design processes and thinking at scale. It was exciting to build a product that used cutting-edge technology to solve a real-world problem and make an impact on organisations of all sizes.

This was one of my first experiences where I realised that testing design decisions are perhaps just as important, if not more than making them in the first place. 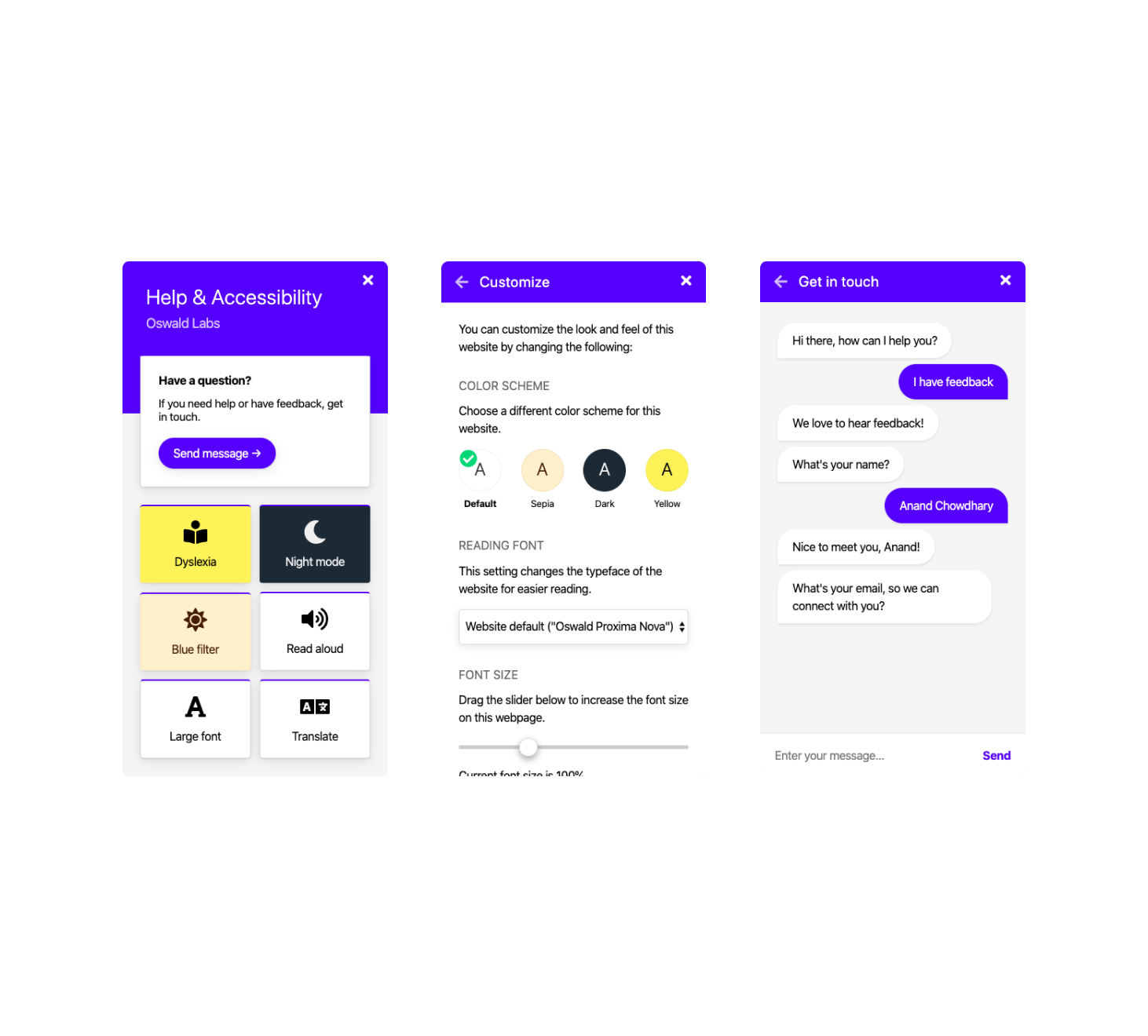 Created a platform for accessibility technology on the internet 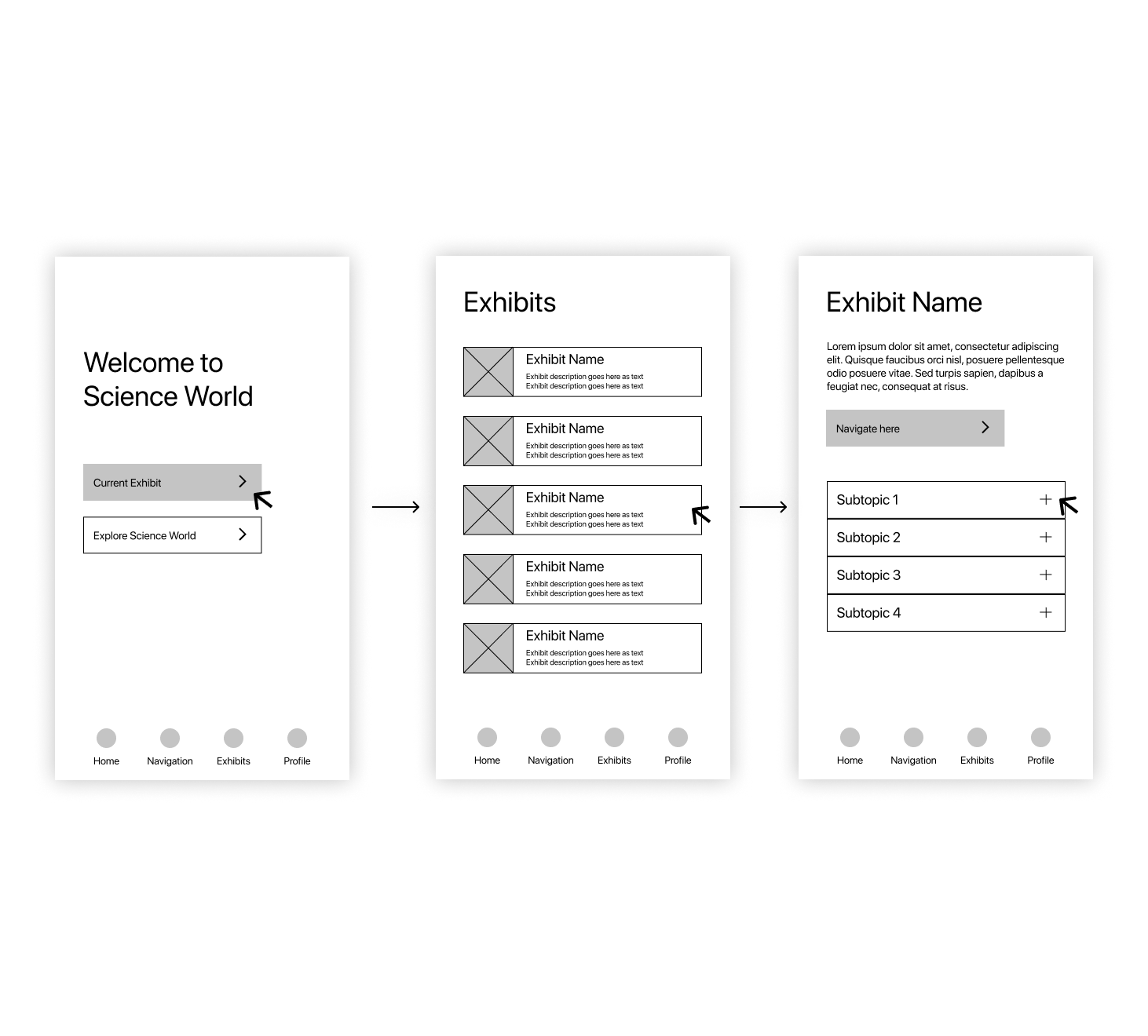 Researched interactions for patrons at a museum